I just picked up this Woodland Scenics "Track Painter" paint pen this past week, with the intent to use it to paint the rails around the layout.  You know, just a sort of minor upgrade to the appearance of the railroad here. I chose the Rusty Rail colour, a reddish-brown. They also have a steel rail colour and weathered tie colour. 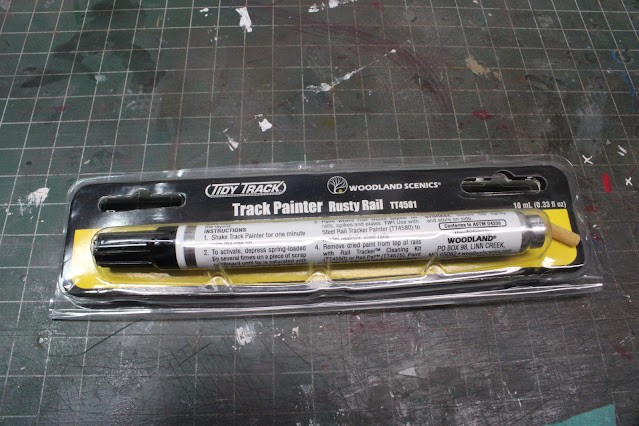 I use all code 83 track here, and the tip of the pen is too big to fit into the web of the rail.  It lifted away from the rail at each of the molded rail spikes, so that was disappointing. 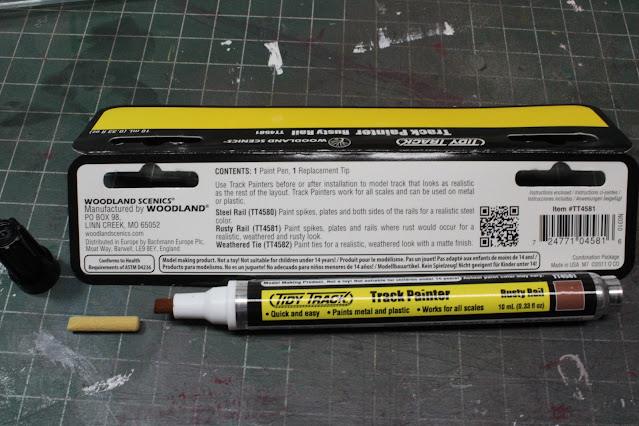 The Rusty Rail paint colour at the tip of the pen.  The little yellow object is a spare tip that is included  in the package 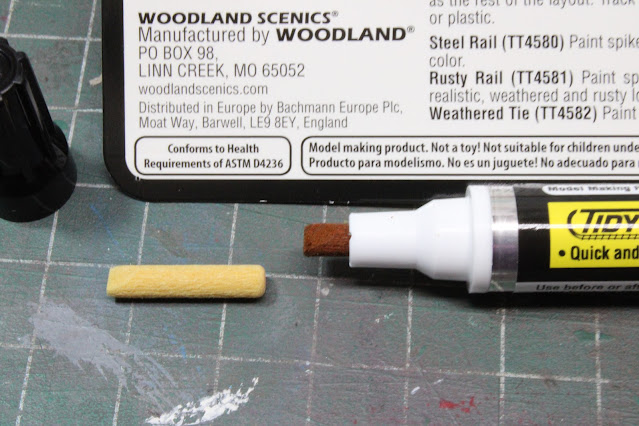 A little bit closer view of the paint pen.  I'm going to try using an Xacto blade to trim the tip down so it can fit into the rail web.
I posted about this on trainorders.com as well to see if anyone had any advice.  Going by the replies, it seems that the tip gets torn up rather easily by the moulded track spike details.  One reply showed spare tips that could be bought separately at Hobby Lobby. 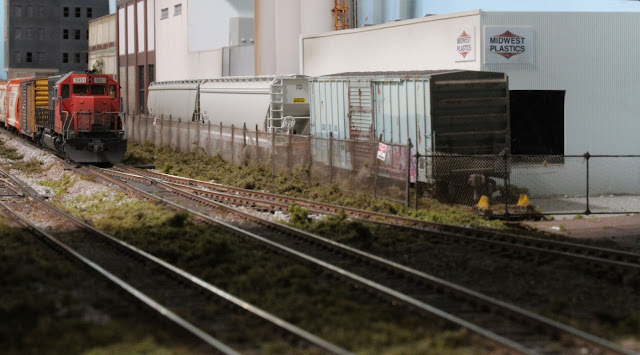 Here's 5931 rolling along past Midwest Plastics. Long ago I painted the rails around this area before the scenery went in.

A couple of weeks ago I missed noting that it was more or less the 5th anniversary of the JSSX Railway blog.  Something else has happened over the last few weeks though.  That is the viewership here has dropped off.  By quite a bit.  It's down to less than half of what it normally has been.

Luc mentioned to me that he'd been having some trouble getting onto the blog, and that the links to the "Blogs I follow" had disappeared.  Then that same thing happened to me over at George's White River Division.  So, I wonder if others have had trouble too.

If you've been having any sort of problems on the JSSX Railway blog, I'm sorry for that, but I don't really think it's anything I've done or not done.

Moving on, here's a brand new Nova Chemicals covered hopper down at the Sarnia freight yard on a cloudy day last week: 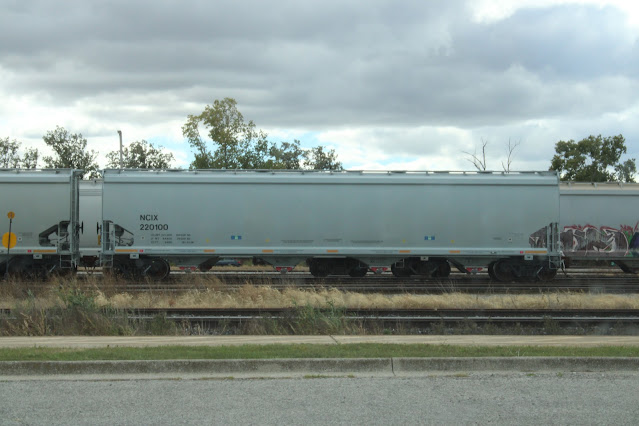 Posted by Jimmer at 08:26
Email ThisBlogThis!Share to TwitterShare to FacebookShare to Pinterest