An email last week from George Dutka included several photos he had taken in London, Ontario.  A couple of them, which I inadvertently managed to delete, happened to include Derail sign posts.  There are two derails actually on the layout, so I thought this would make a quick little detail type project for the layout. It was. I made four of them. 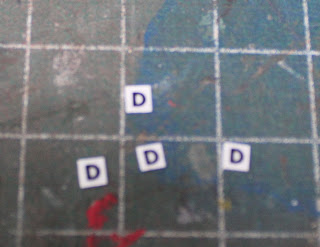 I cut 10" squares of .010 styrene and letter D's from a Microscale decal sheet 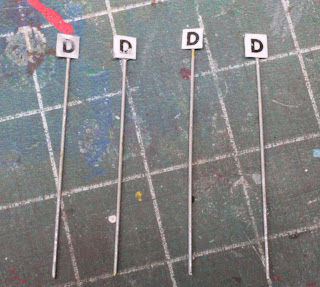 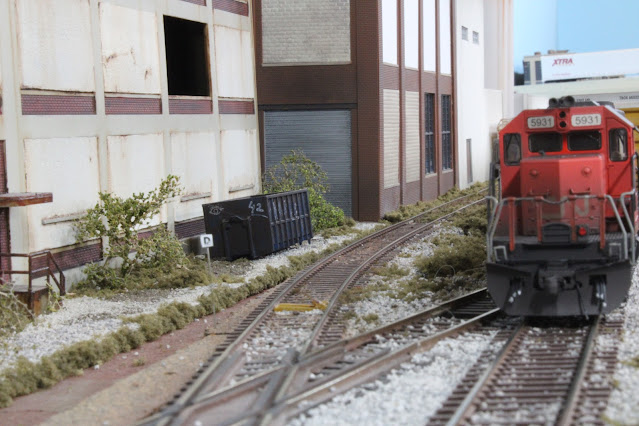 There's one of the new derail signs at the spur into Midwest Plastics.  The derail itself is the yellow item between the rails. It's actually open in the photo because of the switching in progress. 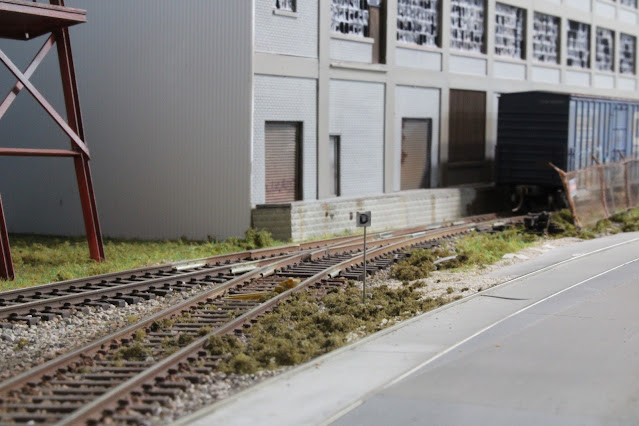 And another of the posts over along South Industrial Blvd. 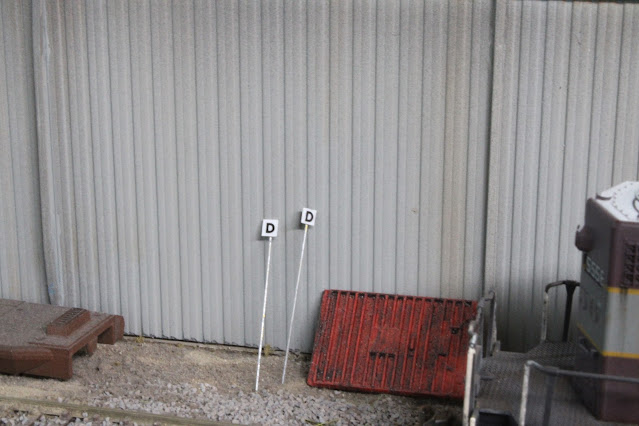 Luc Sabourin told me this week that the 98 year old Dunn Paper plant in Port Huron, Michigan has announced that it will be shutting down and closing.  I looked up an article about the closing on-line, and it will happen on November 18th.  About 100 employees likely to be out of work. Rail Service to the plant has been supplied for the past few years by Lake State Railway, and the Grand Trunk before that. 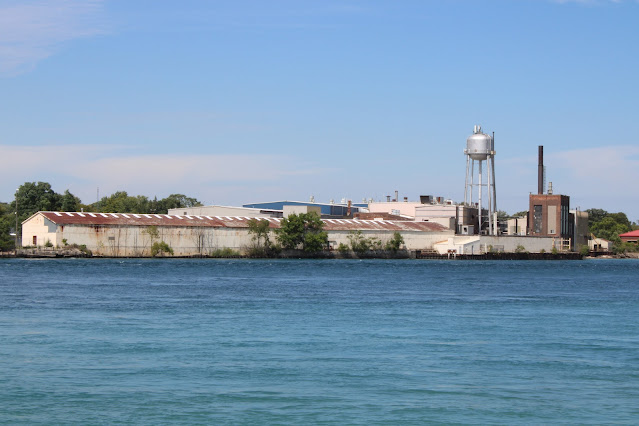 Dunn Paper in Port Huron, as seen 3 weeks ago from across the St.Clair River in Point Edward
Posted by Jimmer at 09:06
Email ThisBlogThis!Share to TwitterShare to FacebookShare to Pinterest