Half a Dozen Rail Cars That I Don't Have Anymore

Straightening out some pictures files this week, I came across a number of photos of freight cars that I had weathered quite some time ago.  There were quite a few that had been sold off for one reason or another.  Some that I'd forgotten about, some that I wish I'd kept.

Here's a selection of cars that I don't have anymore.

I weathered this Landmark covered hopper a few years ago.  It turned out quite well, but I really didn't have a use for it on the JSSX at the time, so I sold it off at a train show.  I still wouldn't really have a destination for it anywhere on the railway, but I do like it and kind of wish I'd kept it anyway. 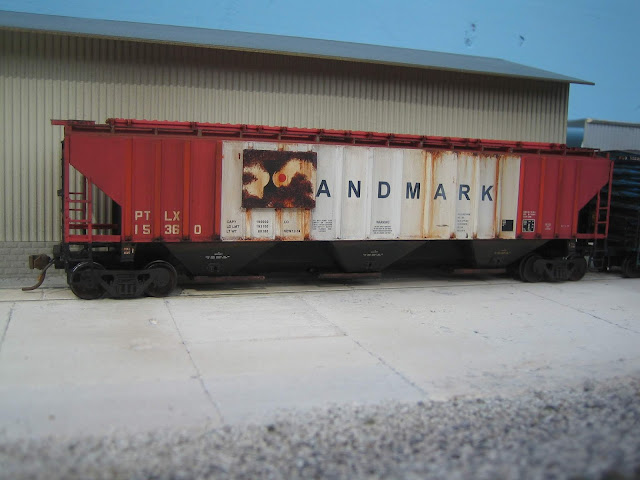 This GT autorack from Walthers is one of my earlier efforts in weathering.  I masked off each of the panels and rusted them individually with my airbrush, and then hand-brushed on the rust streaks afterward.  This one had no real purpose on the layout, so I sold it at a train show. 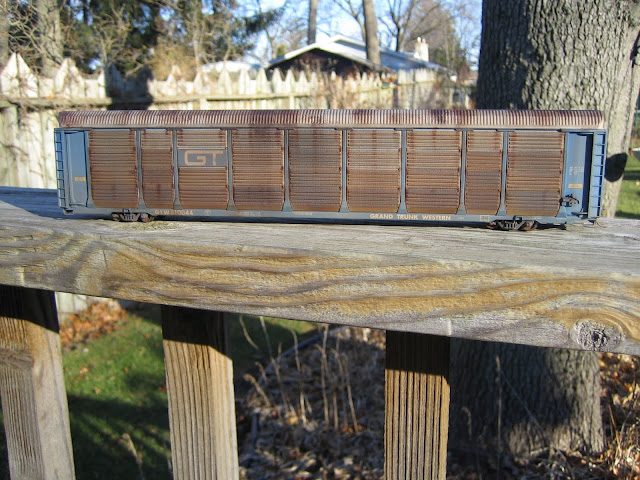 I had allowed the weathering get a little out of hand on this one.  Things went well enough with the herald and reporting mark patches, but I didn't fade the blue down very well and the rust is painted on too thick.  This one just didn't turn out right. 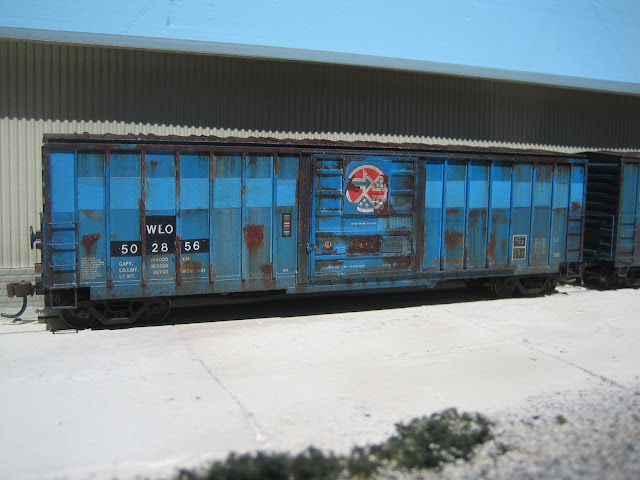 Another covered hopper here, I have no destination for a grain hopper to go to on the JSSX.  I did like the way this one turned out though. It was a bit of a challenge for me to streak the white down from the lettering as I hadn't done that before.  The white is maybe just a bit too heavy beneath the numbers. 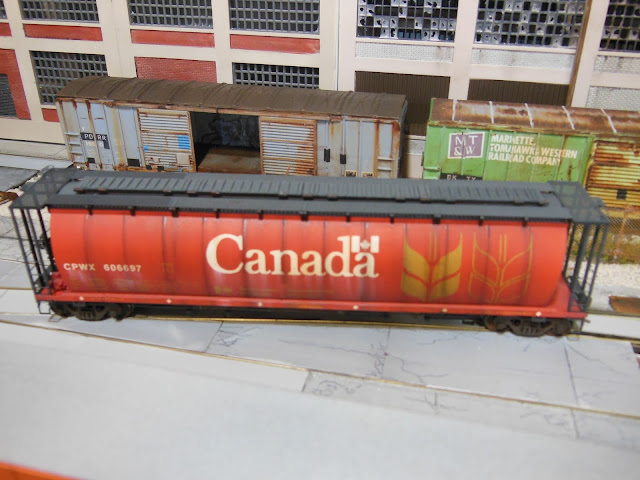 I had trouble patching over the herald on the left end of this boxcar.  I used light blue decal trim film to do so, and it just would not settle down properly, leaving a bunch of wrinkles.  Part of my learning process, I went too heavy with the airbrush for my own liking on this one, applying a bit too much of the grimy black as I tried to mute the colours down.  I do like the way that the door turned out however. 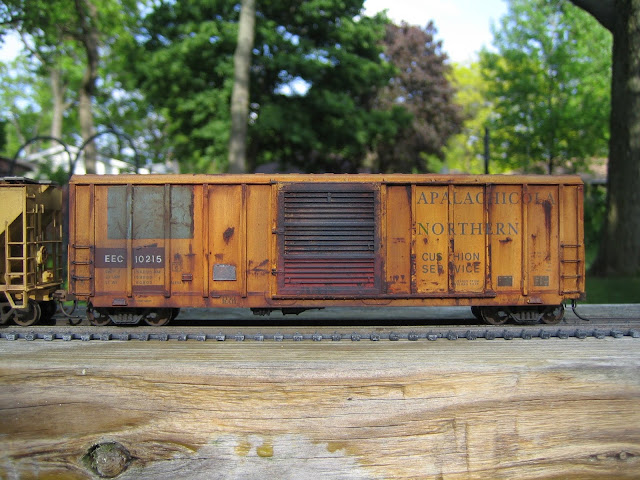 EDIT: I first wrote that Peter Mumby had bought this caboose (below) right back from me after I had weathered it. Apparently I was wrong about that, and I've since edited my description.

I've found white cars quite difficult to weather, but I bought this Soo caboose at a train show in Woodstock (Ontario) from Peter Mumby of Peters Trains. After I weathered it, it was sold to Brian Smith.  I like the windows that have been plated over, and I thought the rust and streaking turned out very well. 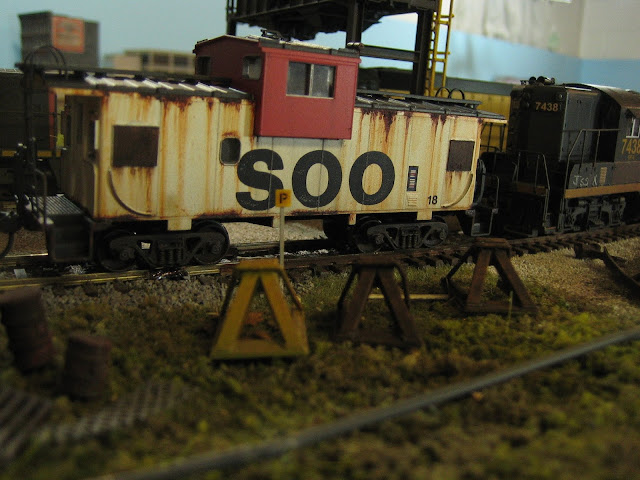